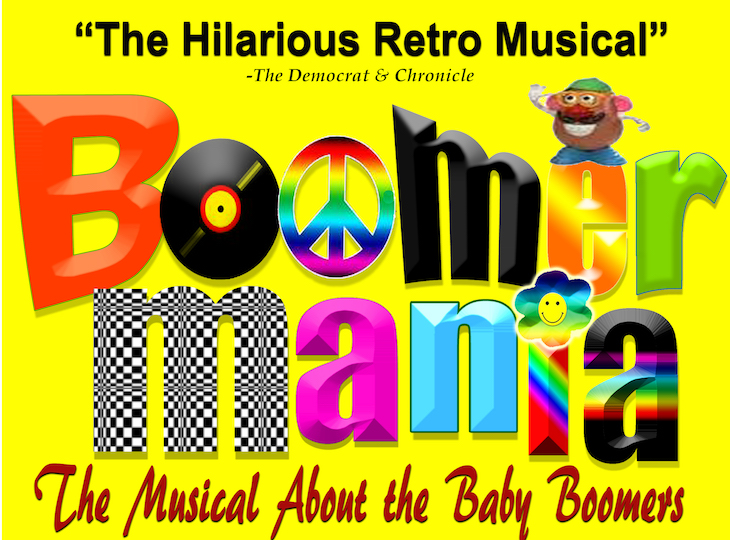 In the winter of 2011, CEO Michael Gremo’s much anticipated production of BoomerMania the Musical premiered at the El Portal Theatre in Los Angeles. Opening to critical acclaim, the production ran for 9 months including a transfer to the NoHo Arts center that spring. BoomerMania is the hilarious new musical parody that lampoons the lives and times of the baby boomers. This electric production speeds through the scrapbook of the fads, fashions, hair styles, dance styles, and events that defined America’s second greatest generation. No pet rock goes unturned in this musical history tour set to the hits of the 50s, 60s, and 70s.
Michael recently optioned the exclusive rights to present the first national tour with an anticipated launch in the 17/18 season.
Flashbacks included.