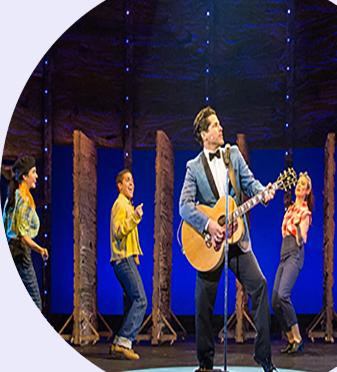 To provide a variety of exceptional live entertainment while maintaining humanity, honesty, and artistic integrity, challenging both artist and audience to open their minds as they embark on an unforgettable journey.

Elite Theatricals, a commercial entertainment production company, has united the most talented artists from around the world to re-energize the entertainment industry using music, theatre, and dance in all of its multifaceted forms.

CEO Michael Anthony Gremo brings over 17 years of entertainment production experience having worked on shows of all shapes and sizes. His artistic leadership has united top notch professionals who bring an acute expertise to the world of theatrical production. Each individual and organization connected with Elite Theatricals is carefully selected on the basis of merit, proficiency, and vision; always striving to align with like minded artists that understand the importance of excellence and detail.

A boutique agency that is easily adaptable and focused on providing exceptional quality, Elite brings a fresh perspective to the industry understanding that each project possesses its own unique needs and cannot be executed in a formulaic fashion. From artistic and business consultation, to general management and executive producing, Elite Theatricals, with delicate care and precision, creates memorable experiences that leave a lasting impression on every audience.

Joshua Zeigler (Producer) began his career in merchandise management and quickly moved into the world of company management. With over 16 years of touring experience, Joshua has had the pleasure of working with many top industry professionals on such shows as “Billy Elliot,” “Jersey Boys Las Vegas,” “My Fair Lady,” “Light in the Piazza,” “Miss Saigon,” “The Music Man,” “Footloose,” and most recently the first North American Tour of Andrew Lloyd Webber’s new production of “The Wizard of Oz.” Joshua also toured with many of the beloved children’s shows from 2003 – 2006 including “Blue’s Clues Live!,” “Dora the Explorer Live!” (City of Lost Toys, Dora’s Pirate Adventure), and “Barbie Live!” (In Fairytopia). Joshua’s diverse experience provides him with a unique insight into the world of professional theatre.