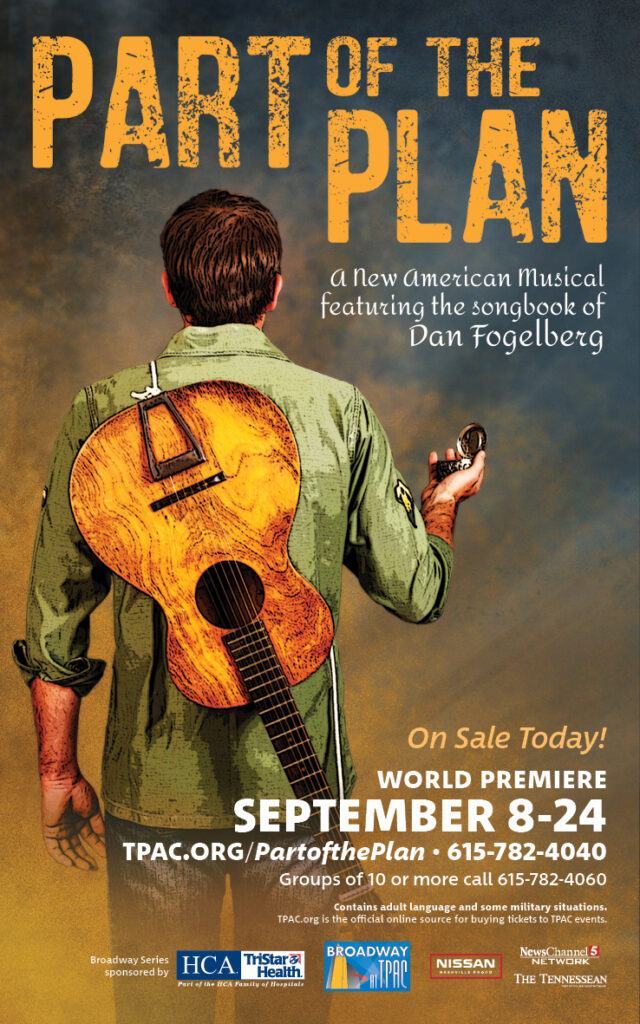 PART OF THE PLAN

“Part of the Plan is a new American musical – a captivating story scored with the music and lyrics of the late, celebrated singer-songwriter Dan Fogelberg. Directed by Tony-nominated Lynne Taylor-Corbett, this developmental production follows the lives of an adopted boy and the teenaged girl of privilege who was forced to give him up.”

Exploring the themes of love, loss, renewal, and how everything in life happens for a reason, PART OF THE PLAN is a powerful new American musical told with heart and passion, seamlessly interweaving the music and lyrics of the late, celebrated singer-songwriter Dan Fogelberg (“Leader of the Band”, “Longer”, & “Same Old Lang Syne”). Directed by Tony-nominee Lynne Taylor-Corbett (Swing!), with a book by Kate Atkinson & Karen Harris, and music arranged by Grammy Award winners Victor Vanacore (Ray Charles) and Laurence Juber (Paul McCartney), the show takes audiences through three turbulent decades as it follows the lives of an adopted boy and the teenaged girl who was forced to give him up.Part of the Plan premiered at the James K Polk Theatre, at the Tennessee Performing Arts Center in Nashville on September 10, 2017 for a limited engagement concluding on September 24, 2017. 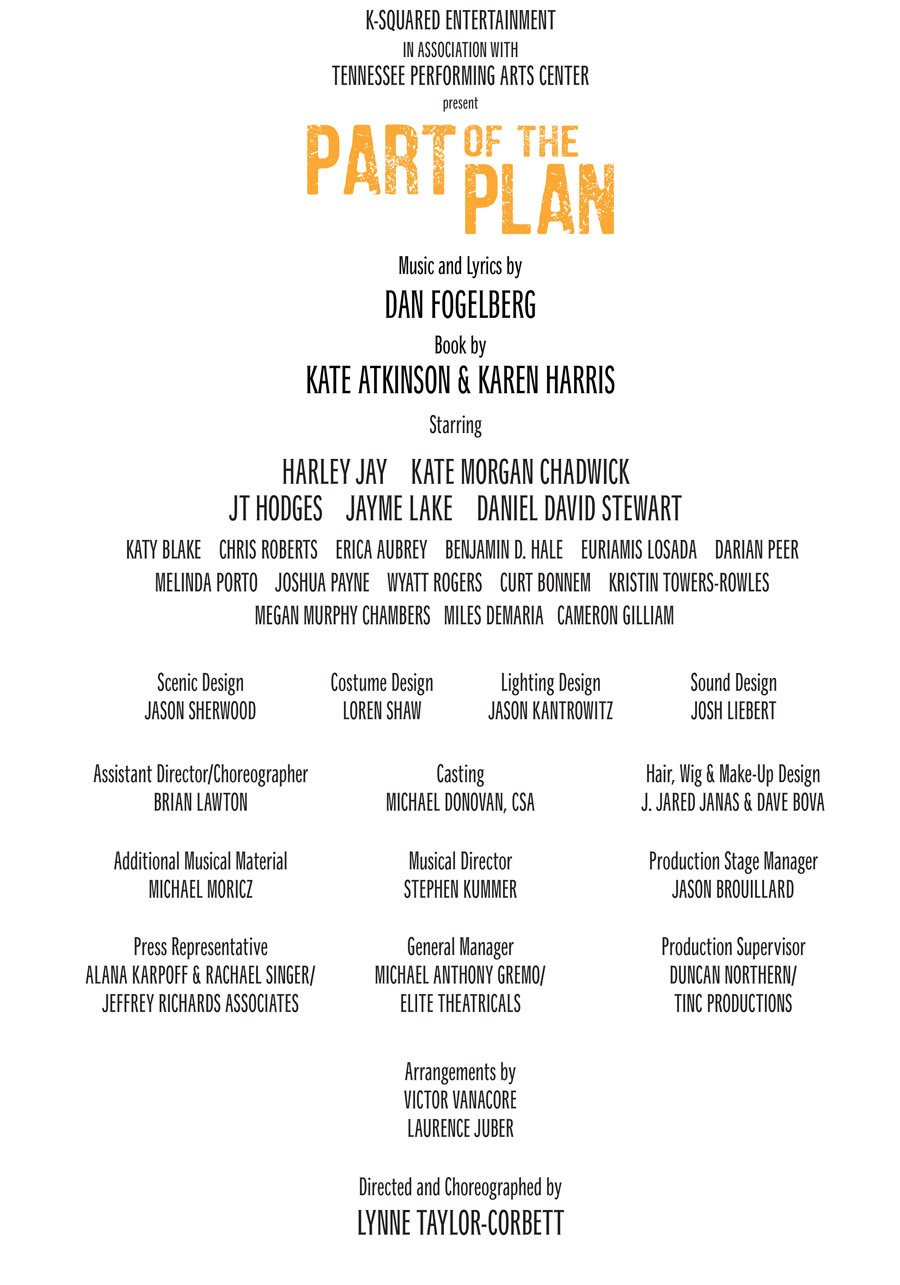